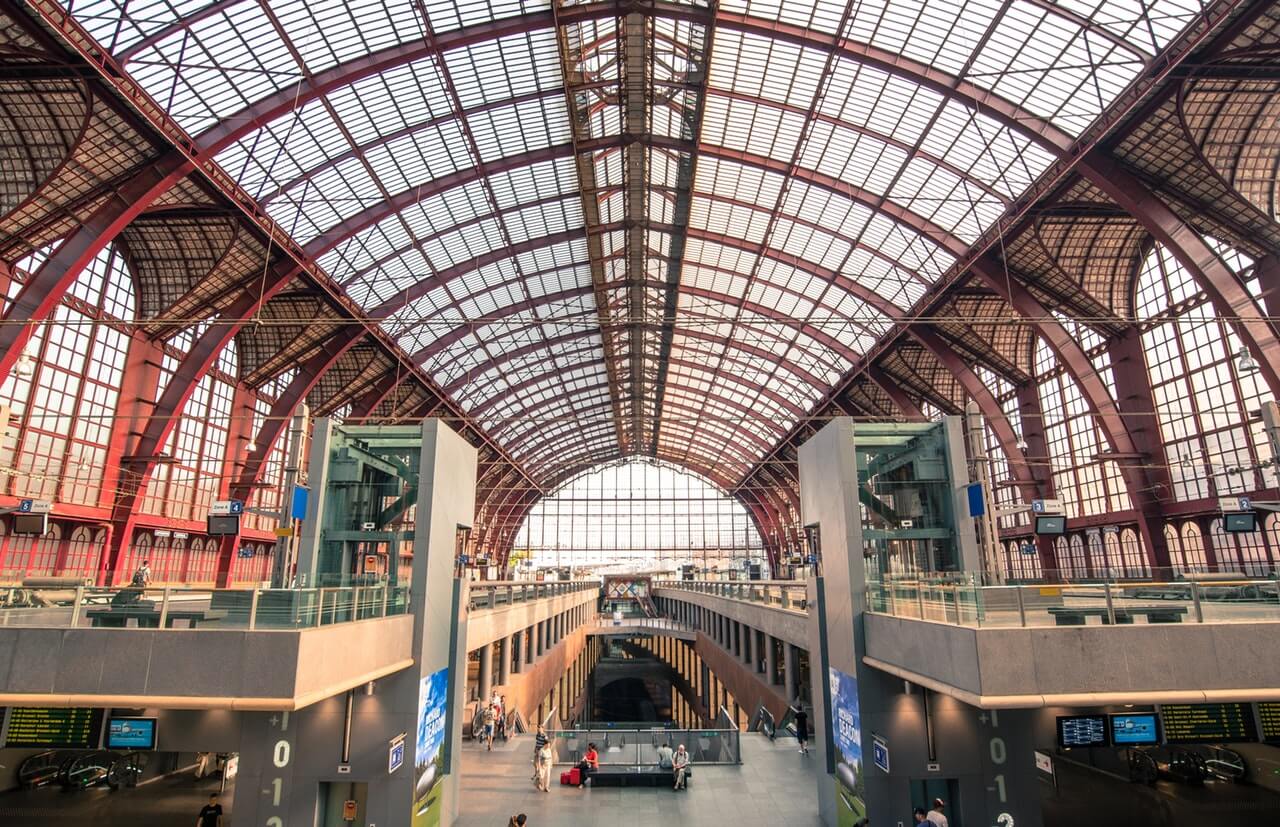 When one thinks of Belgium, their first thoughts are typically oriented to Belgium’s famous chocolate and beers. For those who are more familiar to the Belgium culture, they may be aware of the Flemish art, the Belgian surrealism, and the incredible places like Bruges, Ghent, and Dinant! However, Belgium is not only a place for tourists in a quest of sweet pleasure. Belgium used to be one of the first industrial superpowers and due to its industrial past, the country is highly skilled when it comes to engineering services, and the biochemical industry. Like most developed nations the services industry takes an important place in the Belgian economy.

Meanwhile, due to the digital transformation of the entire society and our new way of communicating, trading and advertising, the Belgian economy is implementing a massive digitalization drive in order to transform Belgian society. This plan is named ‘’ Digital Belgium’!’ A sober name for an ambitious program. The main purpose of this program is to organize a long-term digital vision and divide it into clear objectives. The objectives are as follows:

The concept of this plan is to digitalize Belgium society and the economy by 2020. The Minister of the Digital Agenda, Telecommunications and Postal Services stated that the following numbers should be reached at the end of the agenda:

– The digital top 3 in the Digital Economy and Society Index
– 1,000 new start-ups
– The digital revolution needs to create 50,000 new jobs in a whole range of sectors

Now in 2019, what has been achieved by the Belgium Digitalization plan commenced 4 years ago?

So far it can be said that the country is doing pretty well! By following the DISE (Digital Economy and Society Index) Benchmark, Belgium has been spotted on the first cluster group. To properly understand the index, be aware the DISE benchmark is calculated using five components:

Being in the first cluster means that Belgium commands a high DESI Score. As shown by the following report, Belgium was sitting in 8th place in the 2018 review. 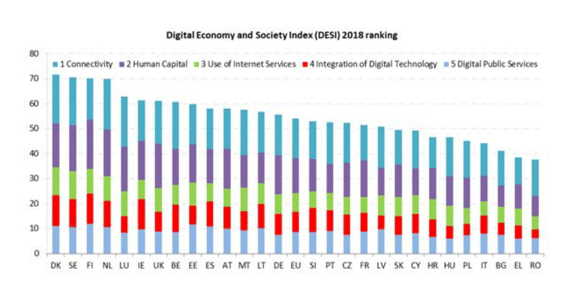 But despite being well-ranked on the DISE report, this doesn’t necessarily mean the digitalization of the country is well perceived on a daily basis. The day-to-day use of devices, applications or other digital tools, can create a perception of a high digitalization country. Until recently, this was not the case. Many aspects of the private sector were still using the ‘’old fashioned’’ way of working. For example, the banking sector was still maintaining a high number of agencies across the kingdom to provide their services despite the possibility of using a common, digital platform.

The reasons are multiple and the impact is, as well, numerous. As the way of providing their services is changing, their client-relationship is being heavily impacted. ‘Face-to-face’ is slowly being replaced by a ‘face to screen’ which is enabling this sector to enhance customer experiences and bring automation into customer relationships as well. If we have to use one example which can highlight the impact of digitalization, this is shown in the ‘’ Accelerating Think Forward’’ report provided by ING in October 2016.

As mentioned in the introduction of the report, the mains goals are as follows:
• EUR 800 mln to be invested over 5 years in our digital transformation
• Scalable banking platform to improve the customer experience and cater for growth
• EUR 900 mln of gross cost savings to be realized by 2021

Today, companies are reorganizing themselves in order to implement the digitalization of their services via online platforms or applications. ING is among other banks whom have initiated a transformation of their customer-relationship management. Belfius and BNP Paribas Fortis are undergoing their own transformation. Even if the digital revolution is creating new opportunities through new roles, a significant part of current employees is impacted as their roles no longer match with the business model of their employers. It may be easy to stigmatize a bank for shifting people’s skills, but this is a global situation which is not only impacting the banking sector because no just the economy and methods of providing services are becoming more digital but people’s ways of communicating are too.

What about the Belgium institutions?

As mentioned by the European Commission, the biggest challenge for the Belgium institutional entities is to provide their services via a digital platform. Obviously, the state’s competencies cannot be fully moved to a digital platform. For example, the courts may not use a digital platform for providing their judgments but digitalization could be an ideal support to reorganizing state bureaucracies and generate win-win situations for the administration and citizen. Today, despite a significant change, a large part of the different Belgian administration framework is still struggling to implement digitalization through services. It doesn’t mean that nothing has been done so far but due to the nature of the Belgian state, the federal organization, the organization and classification of such change is a pretty big challenge for all federal entities.

In conclusion, it can easily be argued that the country is well-ranked despite the absence of a wider digital perception of the Belgian society. However, this is changing. Thanks to the authorities for their understanding of the ongoing challenge and even if we can critic the current situation, we have to understand that a technological revolution cannot replace decades of practices, ways of working and human relationships via a simple app!

Slowly but surely, the country is more and more digital-friendly. Let’s reopen the topic in 2020, when the Digital Belgium initiative brings the country to the top of the DESI index! 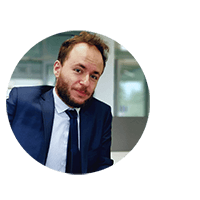