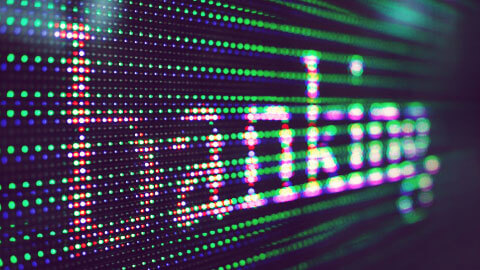 WHERE CAN YOU GO NEXT? AN OVERVIEW OF BANK’S 2019 HIRING STRATEGIES.

For candidiates who are serious about working in finance, knowing a bank’s position on future recruitments is a great way to gage timing and success rate of your application…ecosystems that are as complex as they are vast, keeping up to speed with them can be tricky. Thankfully, some us take the time to record developments at the world’s largest banks according to their recent statements and press releases.

Whether you’re an outsider looking in or an employee itching for a change, here’s what I think you need to know before making a move.

Citi has been on a ‘refresher’ since the departure of veteran Jamie Forese, long tipped to succeed to the CEO position currently held by Michael Corbat. Forese’s deputy, Paco Ybarra will now become the head of the Institutional Clients Group (ICG). For reference on the importance of the division to the bank, the ICG generated approximately half of Citi’s revenues in 2018.

Paco Ybarra has voiced intentions to shake things up from early May, after the 24% revenue decrease in the Equity Sales and Trading department in Q1. However, Citi did reasonably well overall by registering a 2% YoY revenue increase, despite the global economic systematic risks the finance industry faces at this time.

Citi CFO Mark Mason confirmed that “$500m to $600m should be shaved off the bank’s costs in 2019.” An educated guess would be that direct cost cuts could be made as well in a bid to achieve this target.

BNP are leading the way in Q1 in profit growth for Fixed Sales and Trading with a huge 28% growth compared to Q1 2018.

It’s likely that there will be job openings in Cash Management, Trading and potentially Marco Trading, although this is not an obvious line of action due to planned cost cuts as BNP Paribus has pledged hundreds of millions of euros in extra cost cutting at its investment bank. This is to allow expansion elsewhere in the business to allow room for BNP to focus more on helping improve corporate clients access to global markets via digitalization and automation.

Barclays: Headcount steady, with a strong focus on electronic trading

Barclays announced in 2018 their plans to downsize their UK branches-home to 48,700 staff, and move approximately 200 jobs overseas, with 50 to Frankfurt and the rest to Dublin, their new base for EU Trading in light of Brexit. The bank also announced designs to dampen bonuses, with CFO Tushar Morzaria mentioning in his Q1 investment call: “If performance is good, we’ll pay for it as we did last year … and if performance isn’t good, then we won’t pay for it.”

Conversely, Barclays will likely be hiring technical roles to support plans for digitalization, electronic trading, and the relaunch of their BARX platform to combine Equities and Fixed Income products.

The recent failing to adequately merge Deutsche Bank and Commerzbank, a merger negotiation that had taken 4 months, spurred more market doubt in the direction of the German giant, as this comes after having 5 CEOs in the last 10 years. The question on the minds of many market players are ‘what is the new strategy moving forwards?’

But CEO Christian Sewing is ‘sticking to his guns’ and will continue his strategy that was announced in 2018 which; focuses on Stefan Hoops’ Transactional Banking division, plus growing in Fixed Income and Debt Origination. DBank did not cut headcount in Q1, actually opening another 301 front office roles, in line with a re-structure that took place between April and July 2018, demonstrating that faith inside the bank’s rank and file has not been shaken.

Deutsche Bank saw an increase in market share in Q1 compared to the same time period last year for some of its business functions, especially in its M&A Advisory, but has had lackluster results in Equity Capital Markets. The bank sub sequentially announced its process of “integrating the capital markets sales force” to streamline processes.

Bank of America: Hiring, served with a side of expense watching

2019 was scheduled to be heavy on Recovery and M & A’s hires at Bank of America, but late last year Matthew Koder, the new Head of Investment Banking after Christian Meissner’s departure, authorized only the hire of 50 Managing Directors, plus mid-staffing for support.

On April 16th, CFO Paul Donofrio reported a three times increase on hiring from last year, whilst CEO Brian Moynihan stated “there is still room to add” in referral to the middle market and digitalization. Undercutting this was a mention of “laser-like focus on expense management”, would could lead one to suspect that hires will need to demonstrate a strong suit.

Credit Suisse: Revision of operations and a focus on Asian Wealth Management

Investment banking could have had a better Q1, whilst the trading floor had an excellent one. From an outgoing’s perspective, Credit Suisse are looking to decrease another CHF100M in costs this year and lower bonuses for underperforming bankers for efficiency.

The top business functions to work at present are the Equity (best Quarter performance in 5 years) or International Trading Solutions which aims at bringing structured products to FI clients, this project is in the full front of CEO Tidjane Thiam’s priorities as he mentions “making a material contribution to our top and bottom line.” Accordingly, Thiam said the bank has recently created an APAC ITS business, which is in the process of expanding. There will almost definitely be some hiring in both of these divisions this year, whilst they reorganize lesser-preforming parts of the business.

HSBC in May 2018 announced investment over the next 3 years to heavily focus on Cybersecurity, digital transformation and the recruitment, development and retention of talent. This is hand in hand with a major investment serge coming off the back of their whopping 31% profit after tax increase in Q1 2019 from the same period last year. HSBC have also seen this focus pay-off as they become known for a leading bank in the field of Cybersecurity.

The centuries-old financial institution has also extended some of their current premises in Europe to make extra room for the possible hiring of thousands of new employees to counter some of the biggest challenges and innovations in security, digitalization and transformation. HSBC have also invested heavily into Cyber qualifications and certifications, with the aspiration to attract and retain the best talent in the local and international market.

The bank saw a fall in revenues across Equity, Debt Capital markets and Fixed Income Currencies and Commodities markets, with an increase in their Financial Advisory department. CEO David Solomon has said it was a “muted start to the year” and blamed this on the US Government shut down, US- China trade disputes and Brexit.

Goldman does however have growth sights in other sectors and jurisdictions; shifting 7,500 operations and engineering professionals into the engineering business and are committed to placing more efforts into Bengaluru, Warsaw, Dallas and Salt Lake City. This seems to be very encouraging and an exciting shift for the bank who are injecting resources even more heavily into technology and digitalization.

With new plans for technology and automated sales platforms, the question arises, is there going to be such a demand for a sales division in the banks? “It used to be entirely the front-end human-intensive sales person that mattered,” said CFO Stephen Scherr during the investor call. This is changing, said Scherr. In the future, clients are more likely to interact with the firm through automated platforms like Marquee.

*The views above are those of the author, not to be taken as the official position of HRO Digital* 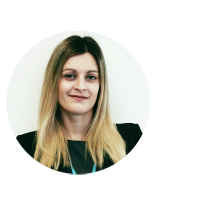